1 comment(s)
I want to use this post to initiate a research project. The label will be Aquinas On Metapolitics. I want to use posts in this category to compile my findings on what St.Thomas Aquinas, and other leading Scholastic philosophers, taught about 1) race and ethnicity, 2) gender and identity, and 3) teratology and problematic biology.

I don't believe St. Thomas proposed his arguments under such rubrics, not the least since they are (post)modern concepts, but I do believe that the perennial wisdom of his teaching, and of the Church's Scholastic patrimony in general, does "speak to" those contemporary categories and debates, precisely by being perennial teachings. 1 comment(s)
For the past few years, I was using WordPress . com to blog, but then, between a general collapse in my blogging stamina, and some authentication headaches with Wordpress, I guess I'll be returning to this humble old address to pen my random musings.

You're ecstatic, I'm sure.

Here are two things I've been thinking about lately:

1) I've been reading about the European Renaissance for the past half year or so, and whilst reading about "wit" in Jacob Burkhardt's famous book on the topic, it dawned on me that TV/online journalists might fulfill the same role for our society that courtiers filled for Renaissance society. They are not Socratic gadflies so much as intellectual jesters. (Also, if the past two years have taught us anything, it's that Media Personalities are probably all sociopaths, to varying degrees.)

2) Upon the advice of a chat-friend, I am now aware that Alois Hudal is a rich subject for historical and ideological study. To wit:

"In his own 1937 book, [Die Grundlagen des Nationalsozialismus {$IC!},] Hudal proposed a reconciliation and a pragmatic compromise between Nazism and Christianity, leaving the education of youth to the Churches, while the latter would leave politics entirely to National Socialism. This had been the line followed by German Catholic politician and former Reich Chancellor Franz von Papen. 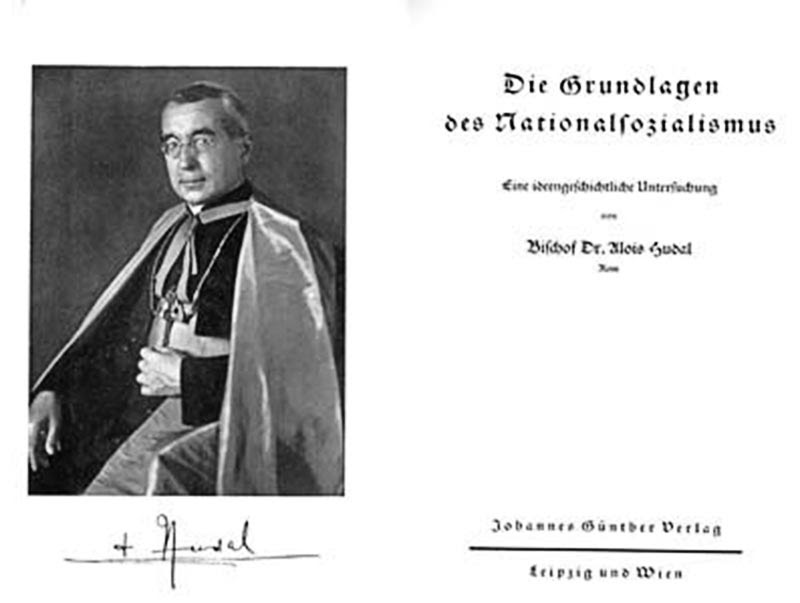 "In the autumn of 1934, Hudal had personally explained this strategy to Pius XI: the 'good' ought to be separated from the 'bad' in National Socialism. The bad -- Rosenberg, Bergmann, Himmler and others -- according to Hudal represented the 'left wing' [or dare we say the 'alt-right'?] of the Nazi party. The Nazi 'conservatives', headed, he believed, by Hitler, should be directed toward Rome, Christianized and used against the Communists and the Eastern danger. Hitler's book, Mein Kampf, was never put on the Index by Rome, as censors continually postponed and eventually terminated its examination, balking at taking on the chancellor of Germany."

As admirable as Hudal's intellectual contributions may be, I am severely nonplussed by his ongoing efforts until his death to sustain the "ratlines" for escaped Nazi leaders, since, by then, the formal opposition between the Thousand Year Reich and Holy Mother Church had long been established. With all due respect to Herr Hitler, if he had ever truly wanted to reconcile his political aims with the Church's, he could have amended his life to receive Holy Eucharist on the tongue instead of a hot bullet through the hard palate.

Having said all that, I cannot promise that  I will return to a consistent blogging pattern, though I certainly hope to produce what I can when I can in the next few months.
Email ThisBlogThis!Share to TwitterShare to FacebookShare to Pinterest
Labels: Alois Hudal, Deutschland, Germany, History, Kirchengeschichte, National Socialism, Nazism, politics