The media of persuasion cry out in pain...

“In the arena of politics, the counter-revolution must usually wait for events to persuade people and voters to rally to its cause; it seems unable to persuade them in periods of calm and normalcy to join, and this to a very large extent because counter-revolutionaries make no serious effort in this direction, but leave the field to the revolutionary media of persuasion. … The reputation of counter-revolutionary spokesmen suffers doubly: first, because in the period before the crisis they draw antagonism from revolutionary media as ‘prophets of doom’ [B]; when the crisis is on, a new label is used, that of impotence to redress things [T]. At any rate, they will be known, before and after, as ‘men of crisis,’ emerging only in exceptional circumstances, filling an interregnum as ‘providential men,’ ‘men on a white horse,’ ‘dictators.’” ... 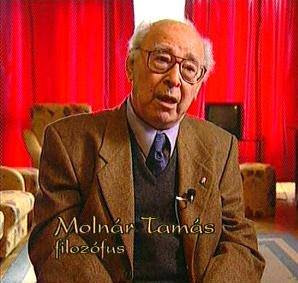 "The year 1945 represents both a defeat and a victory for the counter-revolution, although, while the defeat seemed to be complete, the victory was, to say the least, ambiguous. Contrary to tendentious insinuations, the counter-revolutionary's defeat is not identical with that of the bourgeoisie, of fascism, of the corporate state, or of Hitler's 'New European order.' One of the points this book seeks to emphasize is that the counter-revolutionary is not a radical rightist, and that only a century and a half's frustrations have led him into despair and panic; his anti-democratic stance is one with his loyalty to the monarchic principle, so that it was natural for him to make the following reasoning: in proportion as democracy and the parties weaken the nation and undermine its spirit, one must search for a monarch or for a temporary substitute, who will abolish the parties, limit the sphere of democracy, and restore national unity. Writers as different as Renan, Bernanos, and Simone Weil were exasperated by the party system, and were calling for an elite to redeem national existence. They are only three, chosen at random, among the deepest consciences of Europe, expressing the same conviction and the same hope.

Also highly recommended is this 2004 IntellectualConservative.com review of Molnar's scandalously ignored book.
Email ThisBlogThis!Share to TwitterShare to FacebookShare to Pinterest